Weather: Gorgeous. Mostly sunny in the morning, overcast in the afternoon.

At around 8:00am this morning, I said goodbye to Jane and Al, my previous hosts, and set out on the road.

Today was another gorgeous day. Small clouds dotted a light blue sky, and I swear I could hear Sheryl Crow’s Soak Up the Sun playing in the background as I pedalled along.

After about 17 miles of riding along low traffic, rural roads, I hopped on the Kalamazoo River Valley Trail, a well-marked paved path that took me from Galesburg, Michigan all the way to Kalamazoo (“KZoo”, for short): 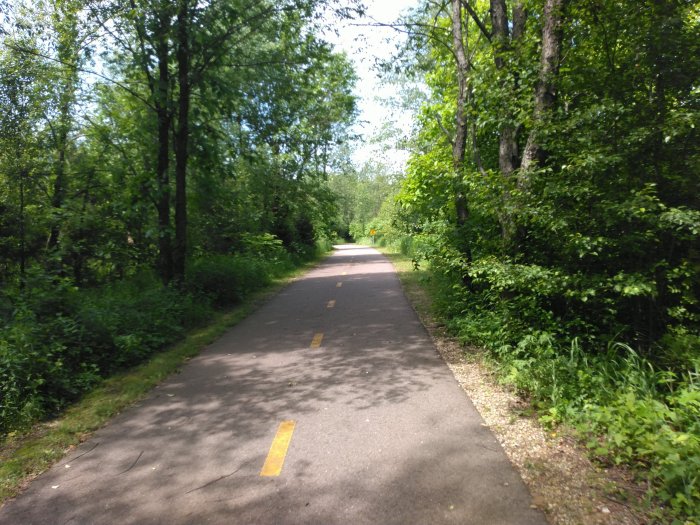 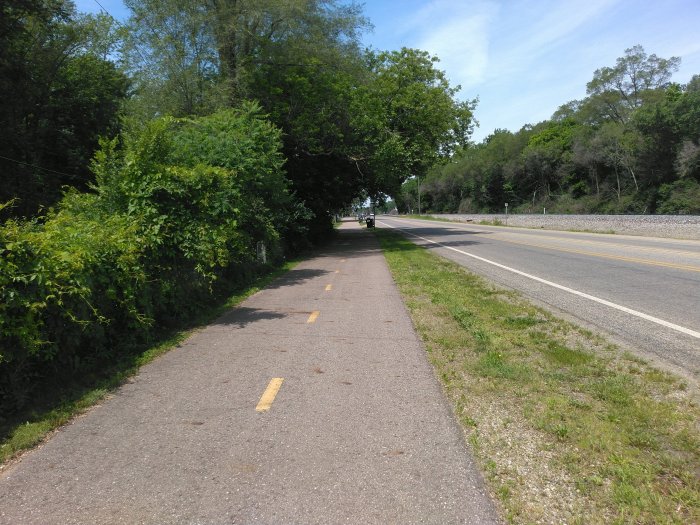 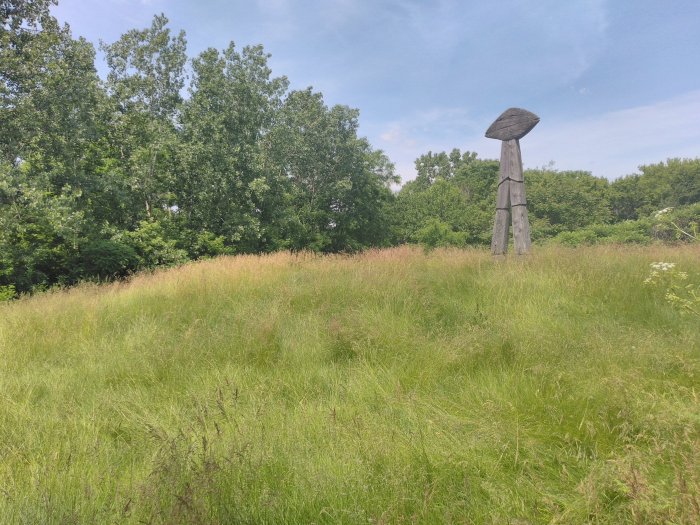 As I rolled into Kalamazoo, I couldn’t help but notice the level of economic disparity present within the city.

While riding along the bike path on the city’s outskirts, I passed by several seemingly homeless people. Yet, as I travelled closer and closer to the city center, a wealth of high-end fashion boutiques and several individuals wearing finely tailored suits and dresses could be seen.

After pedalling around the downtown area for what seemed like an hour, I finally settled on a place called Taco Bob’s and ordered a burrito. Although the food was delicious (as it always seems to be after biking 30 miles), I was disappointed to realize that the place used styrofoam drinking cups and non-recyclable takeout containers for its food.

After finishing up my lunch, I briefly chatted with a lady whose husband also did some long-distance bicycle touring and then navigated back to the Kalamazoo River Valley Trail soon afterward.

A couple miles outside of Kalamazoo, the Kalamazoo River Valley Trail turned into the Kal-Haven Trail, one of my favorite trails thus far on this trip:

With light tailwinds at my back, I flew threw lush, quiet forests on a smooth dirt and crushed gravel surface. I passed by ravines, rolling hills covered in trees and ferns, wetlands, and grassy fields. This trail had it all.

After a couple miles of pedalling, I was suddenly thrust into a vast landscape featuring a striking cloudy sky, swaying grasses, and farms on either side of the trail:

After pedalling along the trail for several more miles, I turned off and traveled towards the home of my hosts for the night, Kate and Jakob, along a mix of paved and dirt roads.

Kate and Jakob were a young couple raising an (18?) month old, very independent baby and lived on a quiet rural property next to a large farm.

After arriving at around 6:00pm, Kate and I made dinner together while we talked about our backgrounds and chatted about numerous topics relating to hobbies and her work as a geologist. Jakob, who works incredibly hard as a manager of a sustainable farm that grows speciality crops for chefs, arrived later in the afternoon.

Jakob and Kate decided to give me a brief tour of their fairly large garden, featuring a particular variety of kale, bell peppers, asparagus, squash, and numerous other vegetables.

Having been exposed to agricultural throughout his life, Jakob was incredibly knowledgeable about the edible plants in their garden and even took off a random flower from one of their kale plants and said “eat this.”

…and that’s how I became a gardener.

Later, Jakob, Kate, and I sat in their living room while Jakob shared some downright hilarious (and genuinely terrifying) stories about his hitchhiking adventures around the country. Meanwhile, their energetic hound dog, Teddy, sprawled out on my chest. It was adorable.

Tomorrow, I’ll be continuing West along the Kal-Haven Trail to the East Coast of Lake Michigan and then heading North along the coast to the town of Holland.