Today was physically and emotionally exhausting. After a home-cooked breakfast courteousy of my delightful hosts, Janet and Don, I packed up my bike and rode South towards downtown Rochester. Today, I would be traveling to Lewiston, a small village right along the U.S. side of the Niagara River.

After pedalling through the suburbs of Irondequoit, I passed a zoo called the Seneca Zoo and happened upon a really neat walkway that spans the Genesee River: 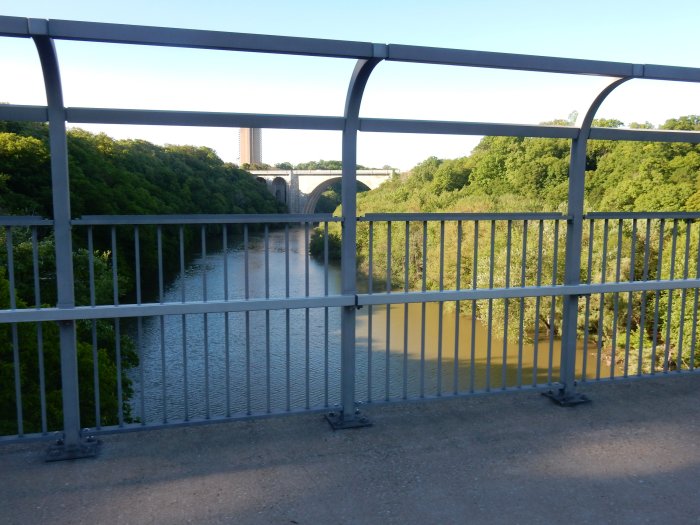 “This’ll be a great day,” I thought to myself. The weather was mostly sunny with small cumulus clouds dotting the sky up above. A light tailwind at my back made pedalling just a tad easier, and tomorrow… tomorrow I was going to make it across USA-Canada border.

…and then I turned West.

Suddenly, it was as if mother nature decided to go to Walmart, get a fully automatic version of an Airzooka Air Blaster (TM) and absolutely light. me. up.

20mph winds with gusts of up to 30mph slammed into me, dropping my average down to a warp speed of 8.5mph.

It was as if I was climbing a shallow, never-ending hill for 80 miles. The energy put into every heroic pedal stroke was instantly expelled as drag. I had to work to go above 11mph downhill. And uphill? 5-6mph tops.

I swear I could hear mother nature laughing hysterically at me through the howl of the wind.

“Fucking hell.” I repeatedly muttered to myself. How could the wind be this relentless?

One of the major differences between bicycle touring and regular cycling is that if you get stuck in a headwind while on riding in a loop, for example, it’s no biggie. Sure, it sucks while you’re in it, but you know the suffering you endure now will likely be rewarded with tailwinds later. It’s a trade-off.

With bicycle touring, however, if you get stuck in a headwind, you could be riding through that shit for days.

For a total of 10 hours, I traveled along the Erie Canalway, highway 31, and highway 104 being blasted by that invisible force.

Along the way, I passed by a total of 5 other bicycle tourists all going the other way, cruising at what must’ve been 18-20mph.

As I slowly made my way along the highway, one pair cheerfully hollered out, “you’re going the wrong way!” as they pointed to the horizon behind me.

“DAMN I wish I was you guys right now!” I hollered back, laughing at my own misfortune.

On the bright side, at least the scenery and weather was nice: 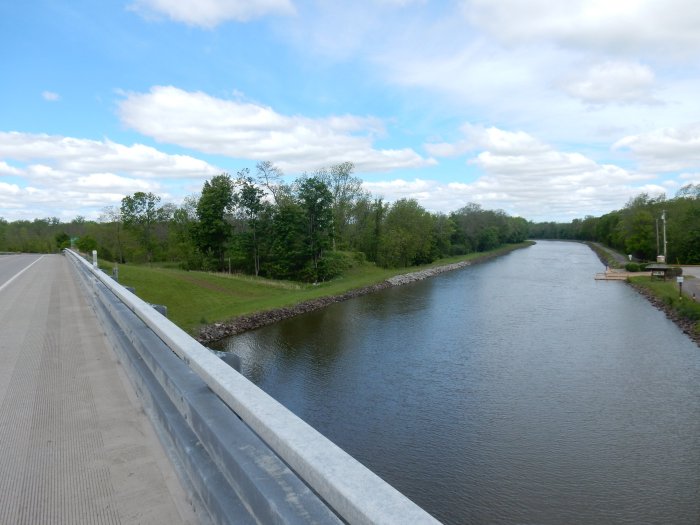 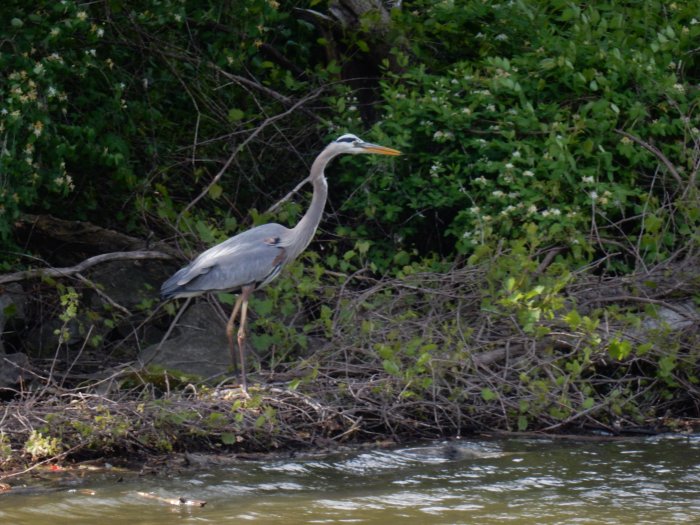 After about 25 miles of riding I made it to Holley, New York, a quant little town in between miles of farmland. Turns out, Holley has a huge waterfall where I stopped to rest for a bit: 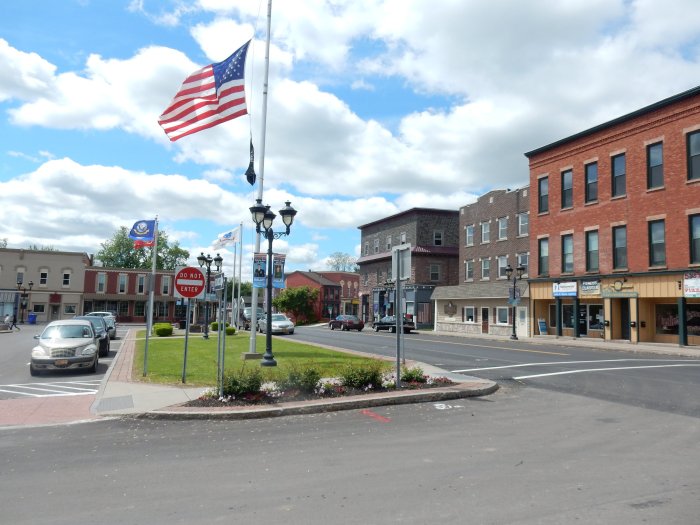 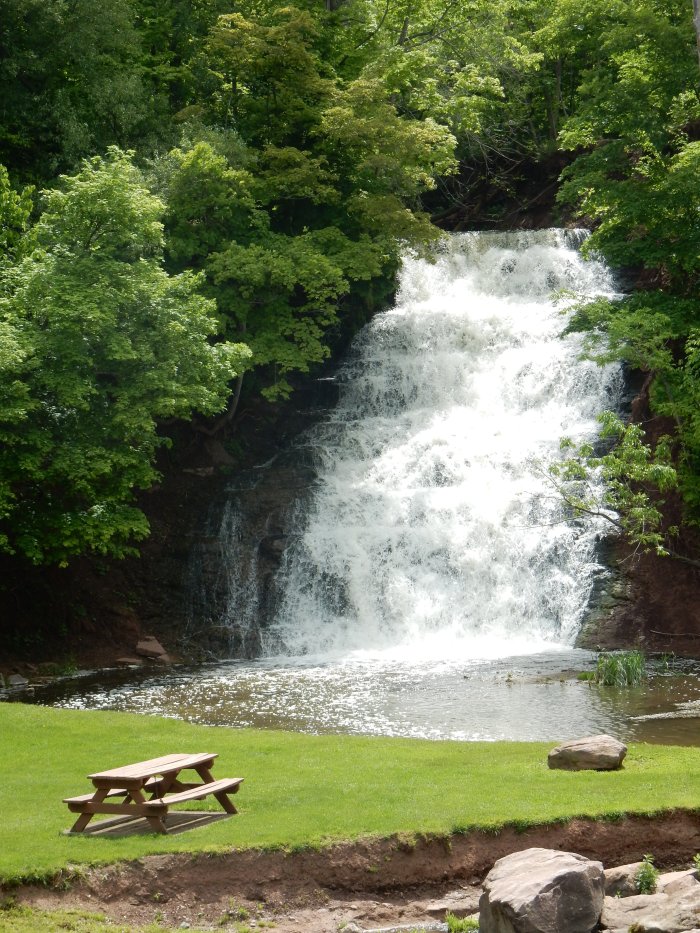 After riding through 75 miles of constant wind, several rural towns and too many farms to count, I was 7 miles from Lewiston and another big gust of wind hit me. I snapped.

“Just LET UP! JUST FUCKING LET UP!” I yelled into wind.

No one answered. The birds kept chirping, the grasses kept swaying, and the faint “woosh” of a car could be heard in the distance.

After calming down, I asked myself: What would a person with extreme emptional control do?

And so I cleared mind, accepted the situation, focused on nothing but the road ahead and enjoying the views before me:

It was at that moment that I was reminded of a valuable lesson: no matter what hardships you go through and how seemingly unfair they may be, the only thing the matters is how you react to it.

After the 10th hour of cycling, I turned off highway 104 and rolled into Lewiston at around 8:00pm.

I fucking made it.

With nearly destroyed legs, I lazily cycled to the nearest pizza place in town and feasted on some much-needed food:

After filling up my stomach, I rode less then a mile to my the house of my hosts, Mary and Tom, where I am currently staying for the night.

Tomorrow, I’ll be crossing the USA-Canadian border via the Lewiston-Queenston Bridge, touring through Niagara Falls, and traveling about 15 miles to my next host in Welland, Ontario.