Weather: Cold and cloudy in the morning, cool and sunny in the afternoon. Occasional headwinds throughout the day.

After having an wonderful hour-long conversation with Anne, my previous host, over breakfast, I packed up my bike and set off from Lyons, New York on the now much too familiar… Erie Canalway.

Don’t get me wrong… it’s a national treasure of a trail. But after cycling the same, narrow path on and off for several hours a day, it gets tiring.

“Oh wow! LOOK! 50 more miles of gravel and trees. I’d love to ride on this path FOREVER!” said absolutely no one.

It’s like eating Honey Nut Cheerios for a week straight. You may initially love that sweet, sweet, honey goodness, but after day 5… I’d bet money you’d rather chow down on dog biscuits than lift another sad spoonful of that shit. “I thought this would be great.” you think to yourself as you shovel another handful of those little O’s into your mouth. Oh… you were so, so wrong.

Even so, I can’t really complain. It’s a carless, quiet path that stretches on for hundreds of miles. What more could I ask for?

After a couple miles of cycling through cold, wet, and windy conditions, the weather cleared up and the canalway became a lot more varied: 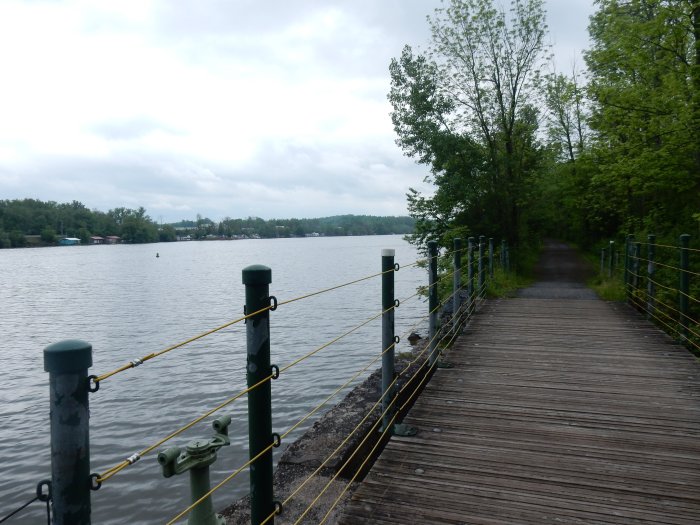 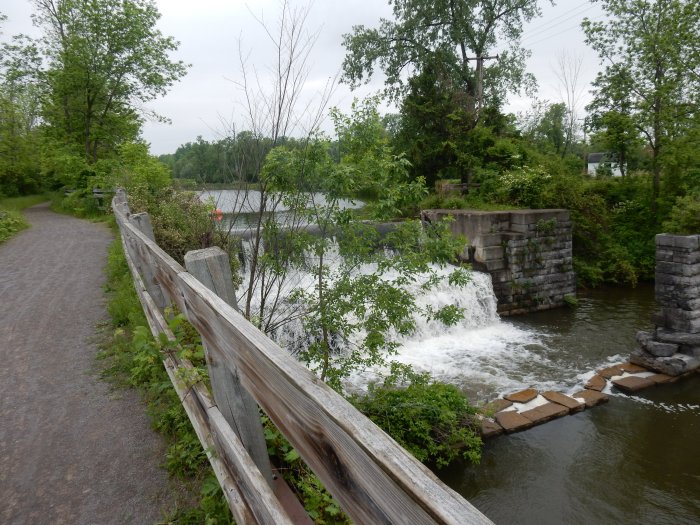 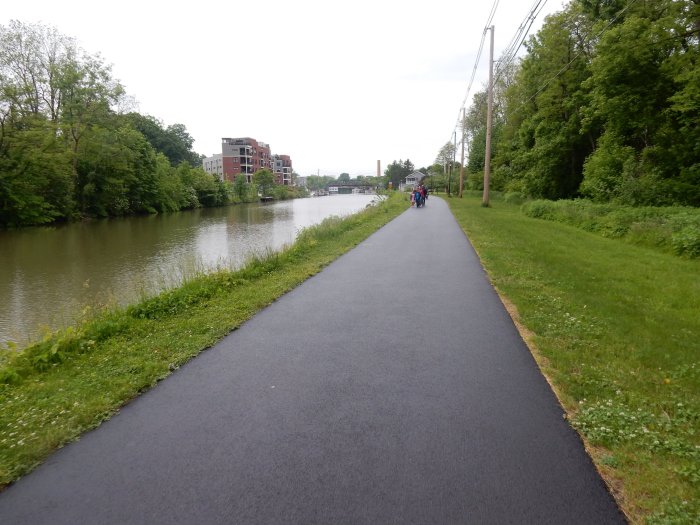 …then, out of the blue, I happened upon… 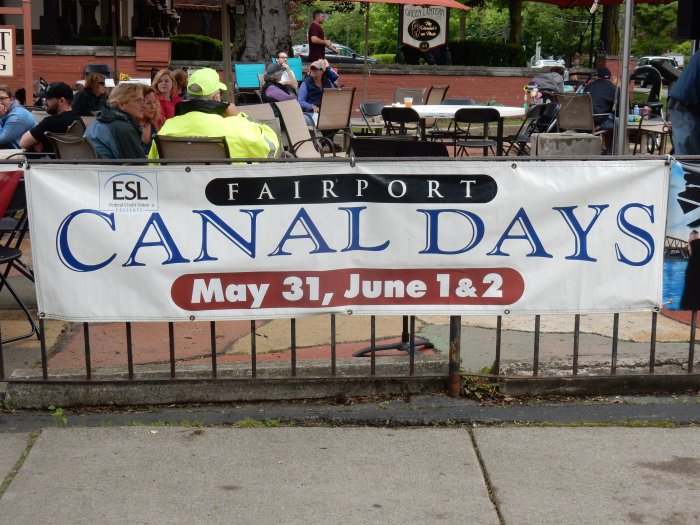 …a huge festival right along the Erie Canal celebrating… the canal? Honestly, I don’t know. I was just there for some good times.

So there I was, pushing a huge-ass bike between crowds of people celebrating a day I have no knowledge of with a community of people I don’t even know.

It was pretty great: 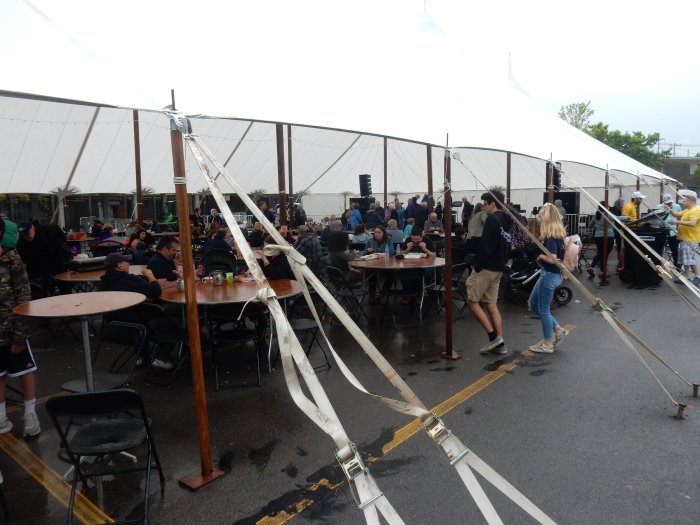 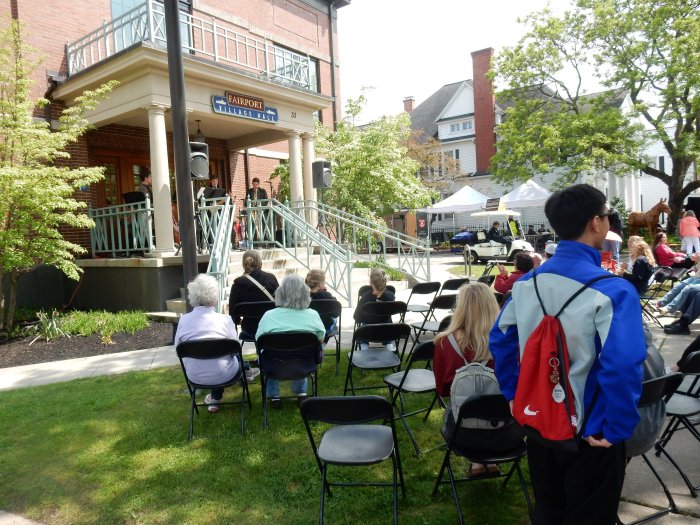 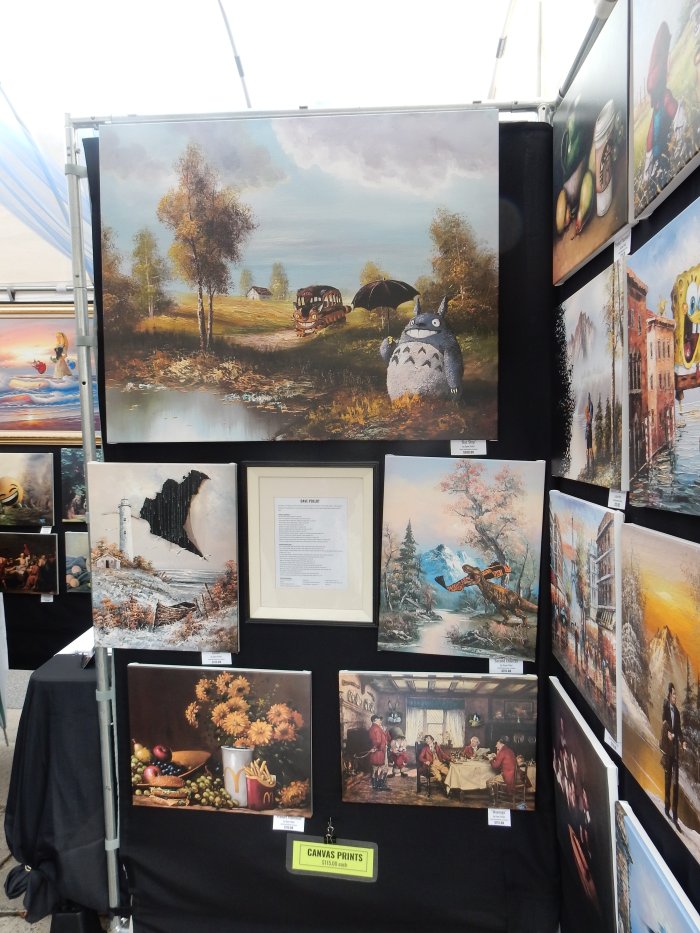 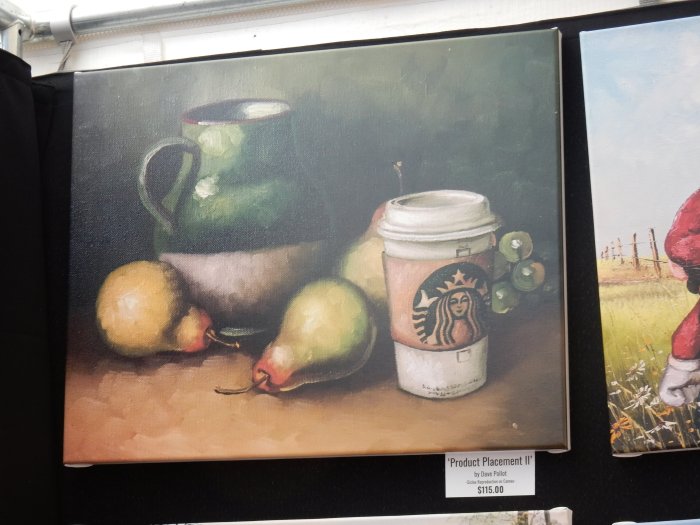 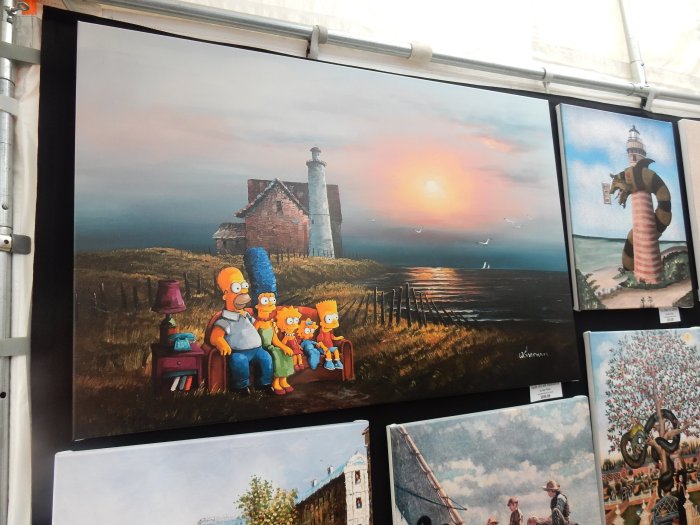 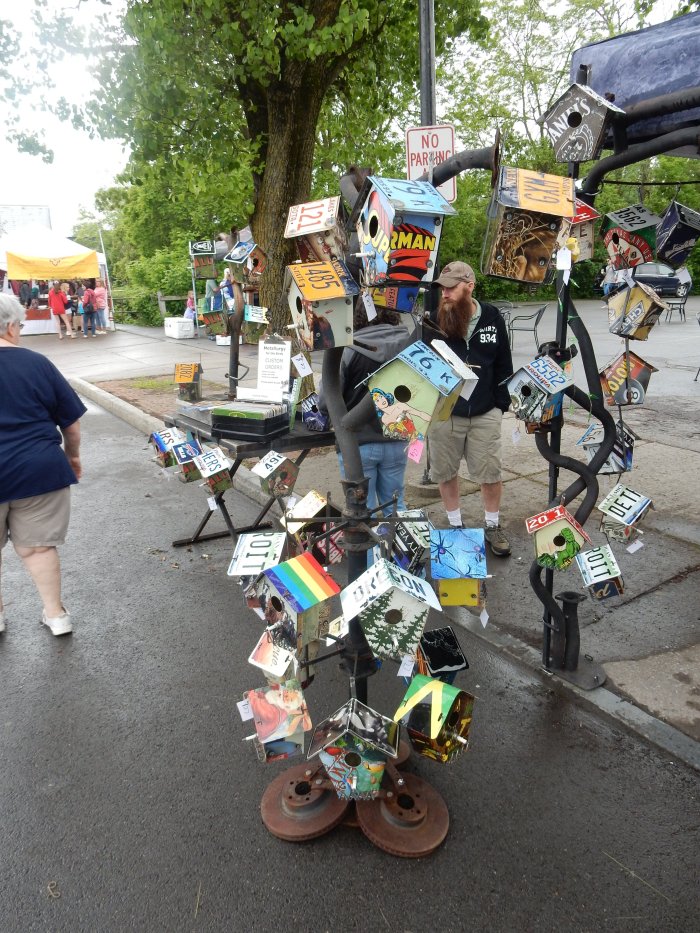 After spending an hour or two moseying around the festival, I hopped back onto the Erie Canalway and rode all the way to Rochester, New York.

Remember how I mentioned the weather cleared up? Damn, did it clear up:

…I’m sorry, canalway. I take back everything I said.

Soon after making it to Rochester, I biked around the suburbs on the outskirts of the city and headed North to the town of Irondequoit, New York, where I met my lovely hosts for the night, Don and Janet.

Don and Janet are long-time friends of my Aunt Liz and we had an awesome pasta dinner together (because damn do I need the carbs). I ended up learning all about the flooding crisis happening along the southern coast of Lake Ontario, resulting from an excessively rainy spring season. 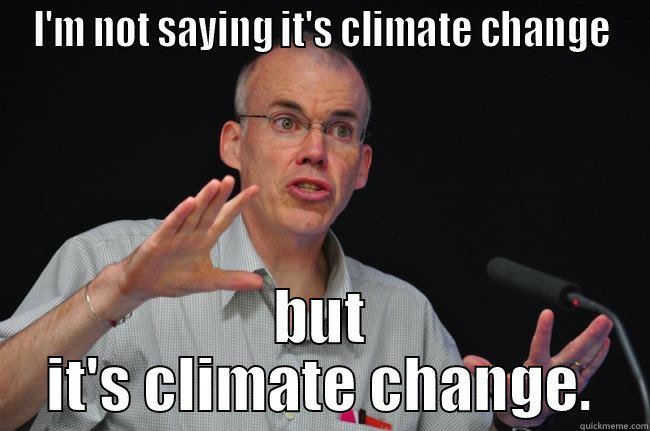 Please make your own assessment…

Don is also a huge history buff and was super knowledgeable about the history of the area. Being an ex-New Jersey-an, he also had a thing or two to say about cost of living in New Jersey compared to Rochester.

In summary, y’all back home are being ripped off. Like, seriously.

Then again, I’m a fresh college grad, so I probably don’t even know what I don’t know about finances.

Anyways, go pack up your stuff and move to Rochester. Or don’t. Don and Janet seem to be living the good life either way. 😉

Tomorrow, I’ll be biking 82 miles along highway 31 and 104 all the way to Lewiston, New York before my rest day on Canadian side of Niagara Falls.

Until next time! Eh?